Actually we want to watch only a movie, that blockbuster movie but the ticket already sold out and only tickets at 4.30pm left so I take decision to watch a movie before “Twilight”. Firstly I think I want to watched Senario Beach Boy but Iqa convince me to watch the Christmas Carol movie….huhu I thought it is a real movie, but it is a cartoon but after watched it I really like it. 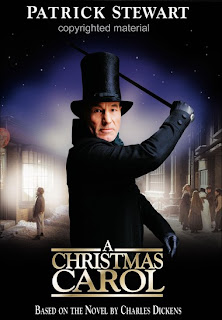 This movie adapted from novel written by Charles Dickens


A mean-spirited, miserly old man named Ebenezer Scrooge sits in his counting-house on a frigid Christmas Eve. His clerk, Bob Cratchit, shivers in the anteroom because Scrooge refuses to spend money on heating coals for a fire. Scrooge's nephew, Fred, pays his uncle a visit and invites him to his annual Christmas party. Two portly gentlemen also drop by and ask Scrooge for a contribution to their charity. Scrooge reacts to the holiday visitors with bitterness and venom, spitting out an angry "Bah! Humbug!" in response to his nephew's "Merry Christmas!"

Later that evening, after returning to his dark, cold apartment, Scrooge receives a chilling visitation from the ghost of his dead partner, Jacob Marley. Marley, looking haggard and pallid, relates his unfortunate story. As punishment for his greedy and self-serving life his spirit has been condemned to wander the Earth weighted down with heavy chains. Marley hopes to save Scrooge from sharing the same fate. Marley informs Scrooge that three spirits will visit him during each of the next three nights. After the wraith disappears, Scrooge collapses into a deep sleep. And after that.....ermmmm you'll watch lar this movie,k. What I can say is this movie make me to realized that whoever u are you will go back to your creator so never be so mean to people around  u....huhu sedih but happy ending.

After jer Christmas Carol abeh, we went for Zohor Prayer and take a lunch at KFC before we continue to watch that blockbuster movie which rugi kalau x tengok…..New Moon.

Adapted from a novel written by Stephenie Meyer

Last time we see saw Bella Swan she was narrowly escaping the clutches of the evil vampire James while finding love with ''vegetarian'' vampire Edward Cullen. Bella and Edward's lives have been full of nothing but love and bliss however, it all changes one fateful day. On Bella's birthday, her new found friend and sister of Edward, Alice, decides to throw her lavish party, complete with balloons, ribbons and cake that could feed an army. All is well until Bella accidentally cuts her finger whilst opening a present. The result is that Jasper Hale, the newest addition to the Cullen clan, succumbs to his blood lust and attacks Bella. Edward decides that while he and his family are around, Bella's life will always be at risk. So he decides to leave her for her own good. Bella feels her life is over. Enter Jacob Black, a member of the Quilite tribe who manages to bring some joy and meaning back into Bella's life. However as the two become closer, Bella discovers Jacob has a secret of his own- he's a werewolf. As if that wasn't bad enough Bella can't seem to get the love of her life, Edward out of her mind. With new dangers, new friends and new enemies, Bella finds herself choosing between holding on to the past or accepting a new future. But what and more importantly who will she choose? (From http://www.imdb.com/title/tt1259571/plotsummary)


There are a few words that I like in this movie:

“It is my job to protect you"

"You do not belong to my world"

"You will not see me anymore. I swear and goodbye"

"You must start to love what is good for you"

"Thank you for guarding her for me while I'm away"

My conclusion of this movie is Jacob is a werewolf and this movie begin with a birthday girl with her birthday celebration (Bella). 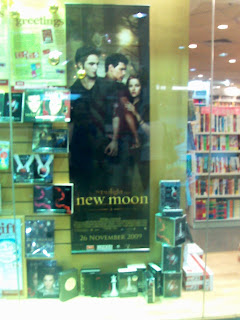 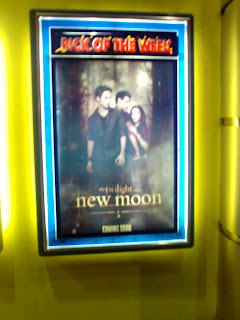 Three peoples that i know....Bella, Edward and Jacob 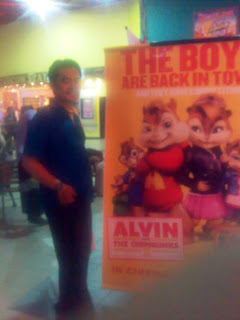 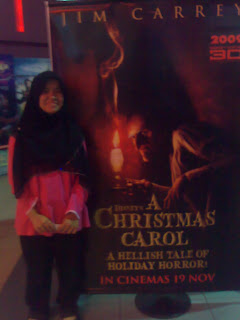 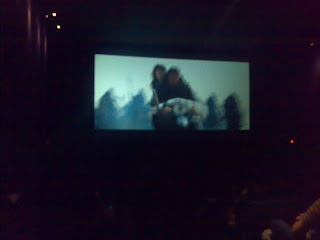 Before back home, we went to Court Mammoths for a window shopping…haha.

There are a few things that I learned  today such as:

1.       Whoever we are we cannot ignored the poor because they also have their rights.

2.       Love is something hard to tell, whatever you do maybe it is still not worth with a love from somebody.

“Do not forget to watch these movies” 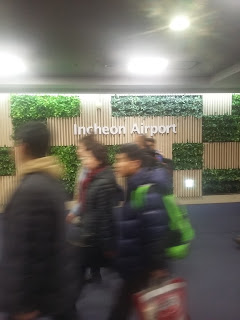