- January 02, 2010
Yesterday, PDRM reported that they are using Facebook to make them closer to the citizens. A few months ago our beloved Prime Minister open his Facebook to make him closer with community while this morning which I think that we really hit by Facebook Phenomena when Utusan Malaysia said about one murdered case which one thing that really attracted me is where her facebook members give her condolence through facebook which in line with the title's "Ucapan Takziah Dalam Facebook". 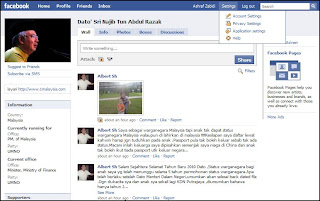 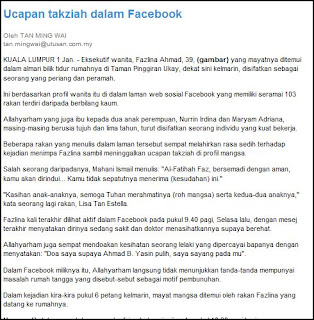 
I also searching a few blogs that also talk about Facebook Phenomena which basically what we can said that this social network website already connected almost 100 millions peoples around the world...quite a number of customer that FB and it is not a weird thing when its founder & CEO, Mark Zuckerberg named as 400 top millionaire in the Forbes Magazine during 2008. 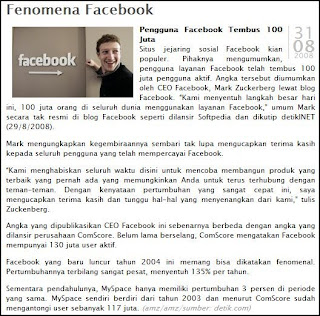 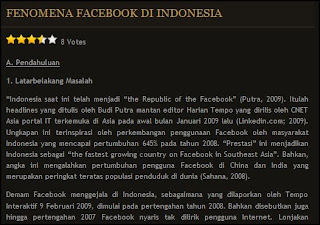 What You Can Do With Facebook from Evan's Blog


Sometimes peoples open Facebook just to continue playing games applications that are available in this website. Popular games application such as Mafia War, TikkiFarm, Airlines Manager, Farmville, CafeWorld and many more games really boost this website popularity. What ever it is please don't ever carried away with it. Before I leave, maybe this video by this little girl make us not too carried away with Facebook...insyallah.