Albert Einstein
Pictures of Albert Einstein's Princeton desk only a few hours after he died have been shown for the first time.
The working conditions of a genius, the pictures show Einstein's desk complete with piles of notes, books and papers with his pipe and inkwell perched on top. In the background his blackboard shows figures and equations he'd been working on.
Albert Einstein, the genius physicist whose theories changed our ideas of how the universe works, died 55 years ago, on April 18, 1955, of heart failure. He was 76. His funeral and cremation were intensely private affairs, and only one photographer managed to capture the events of that extraordinary day: LIFE magazine's Ralph Morse. 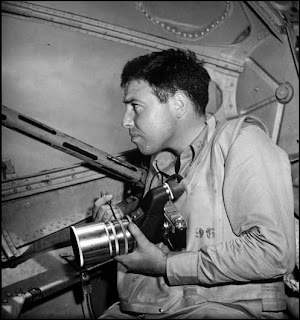 This young man with a camera is Ralph Morse, the photographer 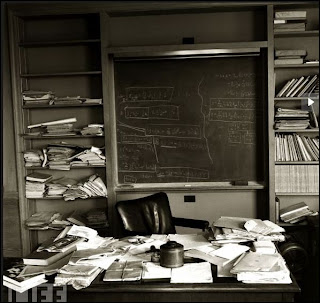 Einstein's Desk On The Day He Died 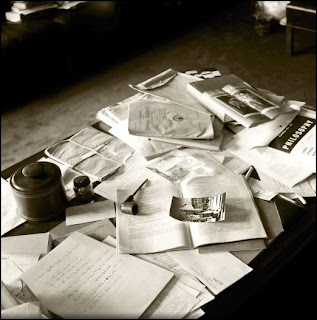 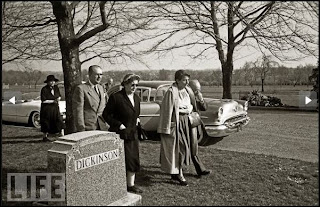 Einstein's Family And Friends On The Way To His Funeral 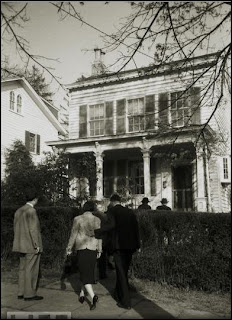 After The Funeral family and friends return to Einstein's home at 112 Mercer Street in Princeton, where he lived for 20 years. 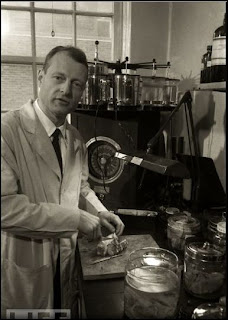 Dr. Thomas Harvey (1912 - 2007) was the pathologist who conducted the autopsy on Einstein at Princeton Hospital in 1955. In the picture, he with the Einstein's Brain.
For more details you can read it here at Exclusive: The Day Einstein Died
World